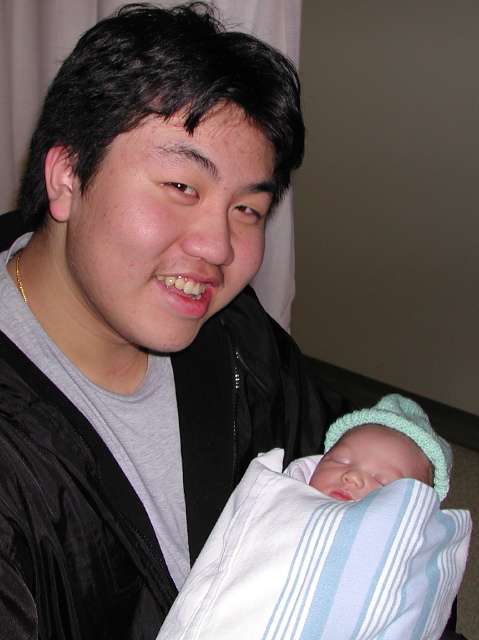 Kurt is my Dad's middle name, my Opa's first name. We promised my parents a long time ago Kurt would be his middle name. We couldn't decide between Matthias and Xavier, so we decided to keep both of them. We'll let him decide which he wants to go by once he's old enough to tell us. :-)

I've taken some more pictures, I'll post another one later. Right now I have to read the email in the discussion group and finish replying to the many private emails we've received!

We changed the spelling of Matthias from "ais" to "ias". We debated this last night, my parents were sure "ais" was the traditional spelling. I think they're right, but nowadays it always ends in "ias". Thanks for bringing this to our attention, André!